In part, yes. We could tap into unused manufacturing capacity using AI, and Synopsys believes it has the AI that could do it.

Today’s chip shortage is holding back global economic growth, fueling inflation, and making life difficult for consumers and businesses alike. Everything from ovens to Porsches are affected. The causes are complex, but one of the aspects is that the shortfall in manufacturing capacity is uneven, affecting legacy process nodes far more than mid-performance nodes such as 12 and 16nm, where there is a surplus. Yes, even though Apple, Intel, Qualcomm, and NVIDIA push the envelope to produce chips in the most advanced process nodes, the US Department of Commerce says 8-10% (20-25 million wafers) of total global fab capacity goes unused annually. Until now, investing in retargeting older chips to available capacity just hasn’t made economic sense. Things may be changing… 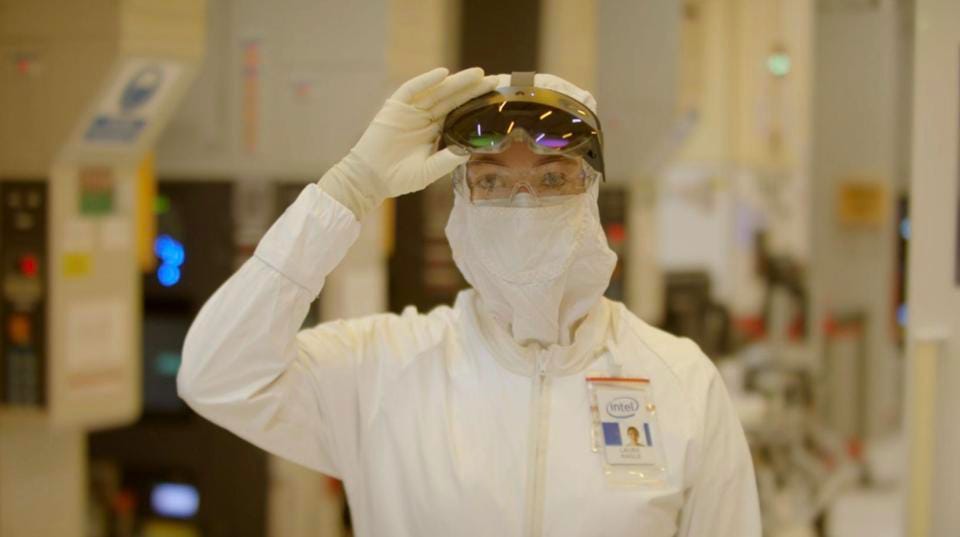 However, moving designs from node to node, or “retargeting,” is impractical. Scarce engineering resources are busy designing new silicon, which drives future revenue and profits, so retargeting projects are a lower priority. To make things worse, retargeting, in most cases, is almost as complex as designing a chip, to begin with. But now, AI may offer a path forward, enabling companies to refresh silicon quickly and affordably, producing new, faster chips, lower power, and less expensive than what is in the field today. Synopsys has years of experience with using AI in chip design, and is now taking the next step.

Synopsys refers to this as “Silicon Remastering”: the use of AI algorithms to automatically redesign a chip for a different node, achieving months or years of work in just weeks while potentially saving customers hundreds of millions of dollars. Company co-founder and co-CEO Aart de Geuss discussed this capability in his keynote address at the annual ISSCC conference, explaining that this approach could mitigate supply issues in relatively short order by bringing 25 million new wafers online or more than a year’s worth of new capacity. “Within five years, we will see a transformation of the global chip supply chain that will better facilitate the use of capacity, and we believe silicon remastering will be critical technology,” Dr. de Geus said.

Remastering silicon echoes the process and options available to, say, remastering old audio. Engineers can take the older recording and create newer versions taking advantage of new audio technologies to improve sound quality. Or they can add tracks, such as background strings, to make a new product at a fraction of the cost of re-recording the piece. The Cirque de Solei “Love” soundtrack is a great example. Well, one can do the same with silicon; just moving to a new process node can give access to new capacity and offer further optimizations.

From real-world results, in the image below, remastering produced a better solution with more performance, smaller die area, and lower power. These results were achieved in just a few weeks, not months, and only required one engineer instead of a team of designers. This light-touch approach should attract companies like Intel to shift production of older chips to mid-range technologies like Intel16 capacity. 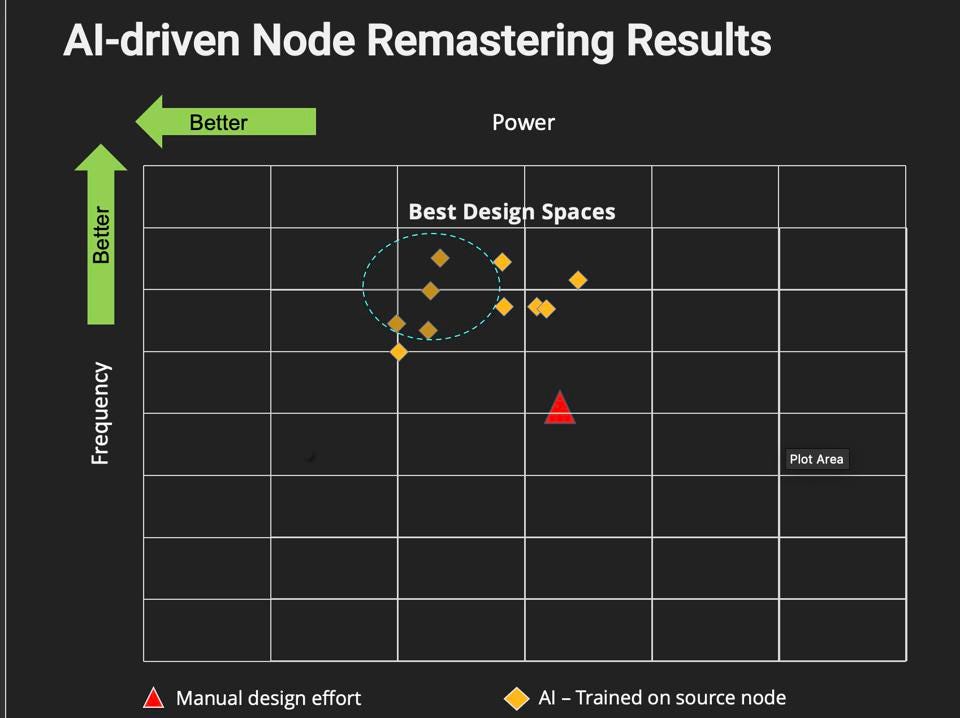 Synopsys was able to remaster an older device to a newer process node, and increase frequency at lower power using AI. Synopsys

Silicon Remastering could open up demand for Intel and other foundries with newly reborn chips. The companies who remaster their legacy parts could save hundreds of millions of dollars. And the users of those parts will get better performance and power consumption. I think Pat Gelsinger said it all when he commented that “I’ll make them as many Intel 16 [nanometer] chips as they want”. And Bob Brennan, VP of Intel Foundry Services, tells us that “Synopsys is a key design partner in our IFS Ecosystem Alliance. We are excited about the potential of technologies like Silicon Remastering to help Intel Foundry Services customers optimize their designs for PPA (Power, Performance, Area).”