This announcement will have a long-lasting impact on the entire semiconductor industry:

Intel must fabricate chips for its competitors to grow its foundry business, and is investing in the emerging RISC-V market as the catalyst.

Back in 2006, Intel decided to abandon the company’s Arm-based CPU development project, selling the XScale PXA technology to Marvell Technology Group for some $600M. The thinking then was that the x86 architecture would form the cornerstone of all Intel processor designs, a strategy which served the company well for over a decade. But now, Intel sees increasing competition from AMD as well as Arm-based chips from scores of companies, and needs more customers to fill its multi-billion dollar fab facilities.

Consequently, Intel must become a preferred manufacturing partner for chips that will directly compete with Intels own products. RISC-V designers are knocking on the door to find more fab capacity, and Intel decided to answer with a big welcome sign with a B on it. 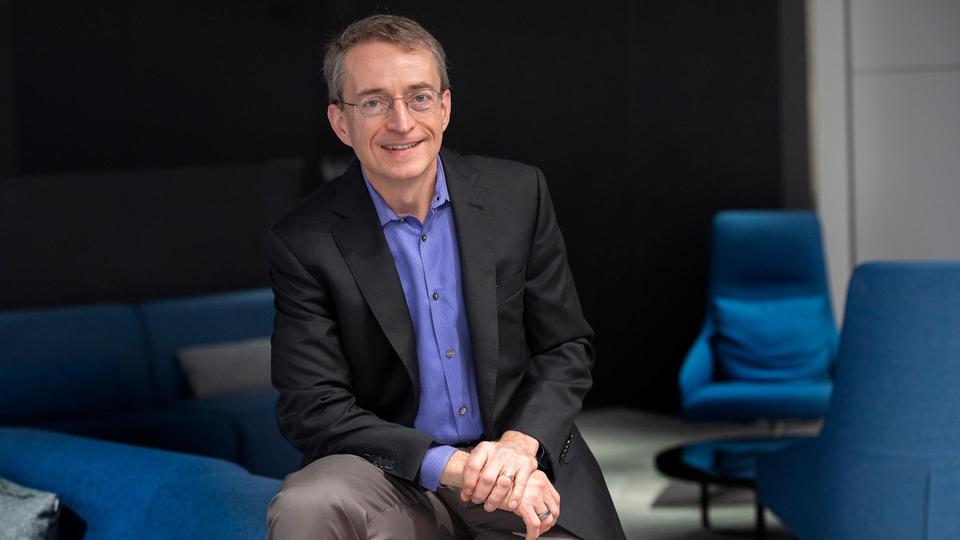 From Intel’s perspective, embracing RISC-V, along with x86 and Arm, helps the Intel Foundry Services business become a new option for fabless semiconductor companies to consider, along with TSMC, Samsung, and Global Foundries. From the perspective of other chip vendors, Intel could represent a white knight in a world of tight fab capacity, providing needed capital, fab services, and valuable technology that could help them get ahead. This will take time to materialize, but today’s announcement will lay the foundation. Companies needing access to advanced process nodes, such as 3 and 5 nm, really have nowhere to go; TSMC and Samsung advanced node capacity is essentially sold out just supplying chips to Apple, NVIDIA, and Qualcomm.

What did Intel Announce?

In a slew of announcements, Intel made it clear that it will remake itself in order to remain the #1 US semiconductor fabricator , and that it will become more open in order to fill new facilities under construction in Arizona and now in Ohio. And that shift will grow market share.

Intel also announced the IFS Accelerator, an alliance to provide access to design services, IP, and tools and flows to enable development of next-generation customer products. So Intel won’t just be a fab, they will be a leading-edge service provider to the industry.
RISC-V: The anti-Arm

Open-source RISC-V cores are becoming the go-to technology for many devices, from low-end embedded controllers and more recently to high-performance AI chips from Esperanto for AI and Ventana Micro for servers. Despite these two exceptions, the lack of a robust ecosystem has limited the open-source technology primarily to embedded devices such as those from Andes Technology, where the license-free cores provide competitive performance as an alternative to Arm. Intel’s billion dollar investment is unprecedented, and will potentially reshape the industry landscape. The timing couldn’t be better, as the potential sale of Arm to NVIDIA, which has recently been shelved, spurred many developers to search for an alternative to Arm technology, and RISC-V is that technology.

A few companies such as Esperanto have already added significant IP to RISC-V in areas such as parallel computing and AI. And with today’s announcement we believe we are witnessing the beginning of a new chapter in the history of the processor wars.

System on a Package

Many cloud service providers as well as startups are designing multi-chiplet platforms for workloads such as AI, placing accelerators, CPUs, and I/O dies (possibly from different manufacturing nodes) on a package. “System on a Package” is the new mantra, but there are few companies that have the required technology and available fabrication capacity to make it real. In the old days, Intel saved the underlying technologies such as EMIB for multi-die packages as a differentiator for Intel products. Now Intel is stepping up and making this approach available for all comers. Is Intel becoming Open? Sounds like it to me.

I’ve been in this industry for over four decades, and I am not exaggerating when I say this is perhaps one of the most impactful strategic announcements I have seen. But it may take years to see it pay off for Intel: will long-time competitors decide to trust Intel for critical services and fab capacity? They may not have much choice. The capacity constraints at TSMC and Samsung for advanced process wafer starts may last years. It takes 3 years to build a new fab, minimum so new capacity is slow to come on-line. But nimble companies will see Intel’s commitment and investment in RISC-V as just the force needed to reach a tipping point, and will quickly get in line for wafer start slots at Intel Foundry Services.