ACM honors the computer scientist, famous for the TOP500 Supercomputer program and HPC Software. Dongarra helped fuel the growth of High-Performance Computing across the globe.

The ACM A.M. Turing award, named after the British scientist Alan M. Turing who articulated the mathematical foundation and limits of computing and whose life inspired the 2014 movie “The Imitation Game”, is considered the Nobel prize of the computing industry. The award is a fitting acknowledgement of Jack Dongarra’s lifelong contribution to computing science and the industry. Dongarra is a University Distinguished Professor of Computer Science in the Electrical Engineering and Computer Science Department at the University of Tennessee. He also holds appointments with Oak Ridge National Laboratory and the University of Manchester.

Anyone remotely familiar with Super Computing has seen Dongarra as the semi-annual steward of the Top500 list which ranks the largest systems based on a benchmark called Linpack, an algorithm Dongarra helped to create. But his contributions extended far beyond the Top500. I had a chance to talk with Dongarra, who I think was genuinely surprised by the Turing award honor, and he shared his proudest moments and his vision for the future. 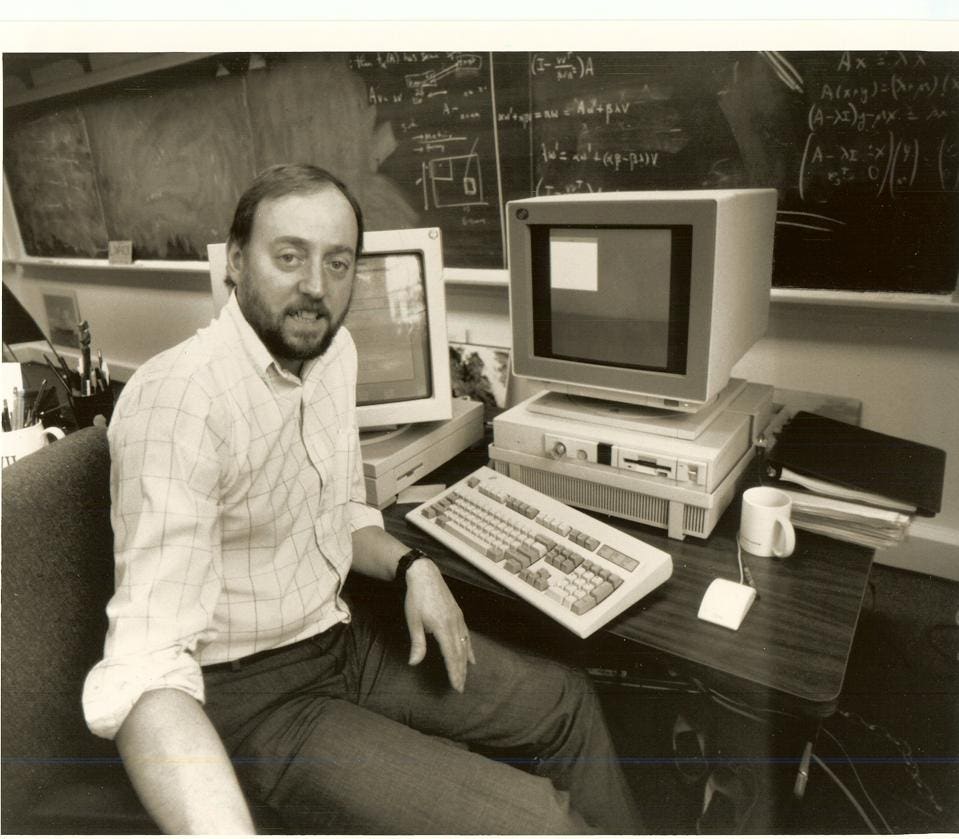 Dongarra shared that the TOP500 has been a lifetime achievement, but that it stands on the shoulders of a global team of scientists, software designers, and vendors. Much of the software that enables massive supercomputing codes to work together was made possible by the message passing interface (MPI) code that Dongarra invented over 1.5 years of collaboration with scientists around the world. It was this kind of global teamwork that Dongarra inspired throughout his career, and continues to do so today. Dongarra is also jointly responsible for pioneering reduced precision math calculations which form the backbone of Artificial Intelligence today.

Beyond the Top500, Dongarra points to the software he helped co-create that literally enables high performance computing today. LINPACK, BLAS, LAPACK, ScaLAPACK, PLASMA, MAGMA, and SLATE were all made possible by Dongarra’s work. These libraries have now been written for single processors, parallel computers, multicore nodes, and multiple GPUs. His software libraries are used, practically universally, for high performance scientific and engineering computation on machines ranging from laptops to the world’s fastest supercomputers.

As for the future, the Emeritus title is not likely to slow him down. He remains active in a slew of important HPC initiatives such as HPC-G, HPC-AI, and AI/ML use in approximating traditional HPC simulations in the cloud. “Zetascale may never happen,” he said, speaking to the next goal beyond “Exascale” computing we are now approaching on his home turf in Oakridge, Tennessee. “But cloud computing may give us a path to achieve the next-level of massive computation needed to solve problems currently beyond our reach.”

While perhaps best known for the TOP500, I suspect his greatest pride lies the energy and contributions of his many students over the decades who continue to push the envelope in high performance computing and create the impact HPC has had on our society and our lives.

I look forward to seeing Dongarra again at the next HPC conference! Congratulations, Jack!