Will NVIDIA Enter The Race For Quantum Computing?

Well, not directly. However, the company is making it easier to develop code for quantum machines using GPUs.

Ok, let’s face it. Programming quantum computers is hard. REALLY hard. While we do not expect NVIDIA to develop and market their own quantum system any time soon (never say never!), the company is helping developers use GPU’s to simplify the coding task.

What has NVIDIA announced?

For the programmer who wants to do algorithm research and build hybrid applications for future quantum advantage, a bridging technology is needed to enable dynamic workflows across disparate system architectures. The NVIDIA Quantum-Optimized Device Architecture (QODA) is a first-of-its-kind platform for hybrid quantum-classical computers, using CPUs, GPUs, and emulated QPUs to efficiently mimic how a hardware QPU would behave in a programmed situation. 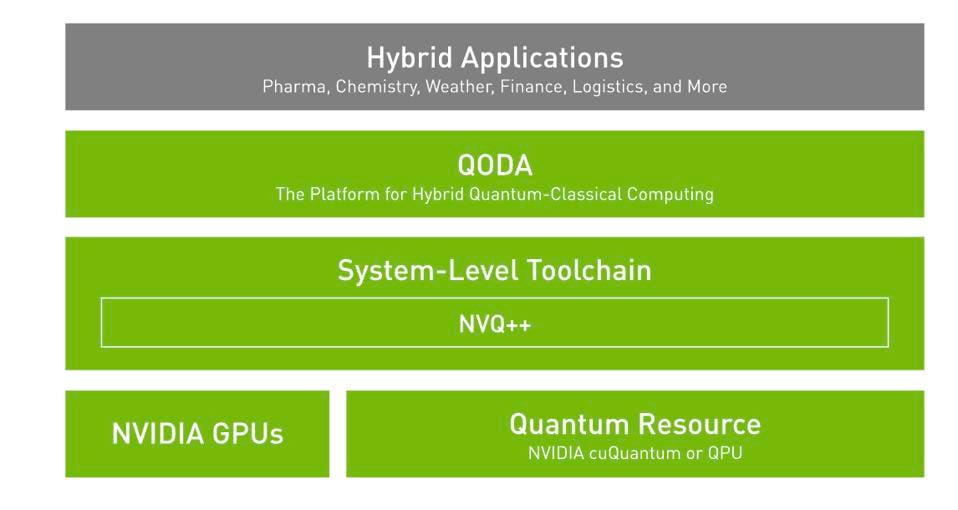 QODA provides an open, unified environment for some of today’s most powerful computers and quantum … [+] NVIDIA

“QODA consists of both a specification and a compiler NVQ++. It delivers a unified programming model designed for quantum processors (either actual or emulated) in a hybrid setting—that is, CPUs, GPUs, and QPUs working together,” said the company.

Partners include several supercomputer centers including NERSC, Jülich, and Oak Ridge National Labs, and quantum pioneers Xanadu, Pasqal, Quantinuum, and others, however the big developers of QPUs (IBM, QCI, Google, Microsoft, Honeywell and others) seem missing at this time.

While it is unlikely that NVIDIA will build a quantum computer any time soon, if ever, the company’s GPUs and parallel software expertise can certainly help developers move forward to a time when a quantum computer can produce results that are superior to “traditional” (i.e., digital) computer systems. Quoda is another example of NVIDIA’s software and integrated systems approach that can deliver far more than its competitors who have only recently been able to match a 2 year old GPU in a few select benchmarks.