AI has been advancing dramatically in the last decade. It is able to solve classes of problems (facial recognition, machine translation, autonomous vehicles, and others) that were not suitably handled by traditional methods. But there are many important problems that cannot be addressed by traditional or AI approaches, either within a reasonable timeframe or, possibly, at all. Some of these problems can be attacked with Quantum Computing when that technology comes out of research and becomes more widely available.

What is Quantum Computing?

Quantum Computing presents a radically different approach. Instead of calculating intermediate and final desired values, a quantum computer is configured to represent a problem state. Then, using quantum-mechanical effects such as superposition and entanglement, the quantum circuits suppress the wrong paths and settle very quickly onto the correct answer. If that sounds like black magic to you, you are not alone. Check out this picture of Honeywell’s Quantum beast; looks like science fiction! 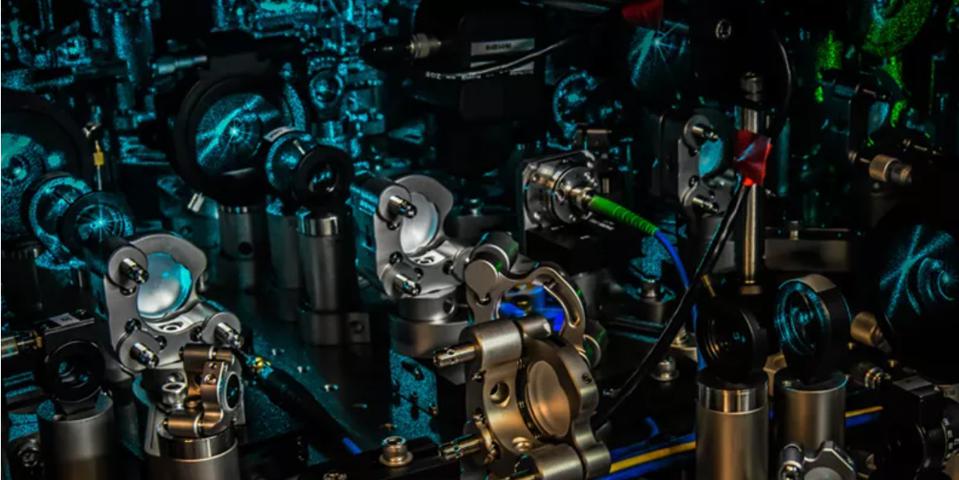 Quantum computing is already being applied to several challenging problem areas. Cambridge Quantum Computing (CQC) has been working with chemical and pharmaceutical modeling, which has an unmanageably vast solution space. It would take more than the age of the universe to fully analyze these problems with traditional methods, but they become tractable with quantum analysis. Machine learning, finance, and cybersecurity are other promising areas.

Quantum computation is still a new field, with many potential implementation technologies. At least 20 wildly different quantum architectures are being explored, using things like superconducting, trapped ion and photonic. These models all exhibit quantum effects that can be adapted into quantum computer implementations. Obviously, these very different technologies require very different interfaces to configure and “program” them. That provides significant challenges, especially if you want to shift your quantum program onto a different platform.

CQC, which is merging with Honeywell Quantum Solutions, has developed a “quantum compiler” called TKET. TKET accepts a high-level specification language, compiles it into an intermediate form that can be optimized, and then maps the result to the desired target architecture.

TKET has several advantages over other quantum compiler implementations:

Dr. Ross Duncan, head of Quantum Software, says they want this to benefit the entire community. “Developers can use TKET for whatever problem they’re working on. They can focus on their application itself, instead of worrying about the idiosyncrasies of their particular hardware.”

Earlier this year Cambridge Quantum opened TKET to “open access,” granting use licenses to anyone while still retaining full ownership and license to the software. This week CQC completed a year-long process to fully open-source the package. Duncan hopes this will “enable democratization of the quantum community.”

There have already been over 100,000 downloads of the package since the open-access release last winter. CQC hopes that momentum, together with TKET’s broad feature set and the open-source availability, will help TKET to become a lingua franca for the quantum computing community.

Quantum computing is an exciting new frontier. The technology has the potential to change the face of the industry, and more. We are nowhere near a productization phase, but the major players are making great strides in research and implementation. CQC intends to be a leader in the space.