IBM (NYSE: IBM) and NeuReality, an Israeli AI systems and semiconductor company, have signed an agreement to develop the next generation of high-performance AI inference platforms. IBM and NeuReality will focus on computer vision, Natural Language, and recommendation systems systems in finance, insurance, healthcare, manufacturing, and smart cities. IBM Research AI Hardware Center has been working on some pretty amazing digital and analog AI processors which we have covered here, and this is the first publicly announced licensing arrangement for these IBM technologies.

Who is NeuReality, and is this important?

As is typical of new chip designs, NeuReality started earlier this year with an FPGA-based NR1-P prototype platform for edge inference processing that was introduced earlier this year. NR1 will be an ASIC with native “AI-over-Fabric” networking, full AI pipeline offload and hardware-based AI hypervisor capabilities. The company says. that these capabilities remove the system bottlenecks of today’s solutions and provide cost and power consumption benefits for inference systems and services. The NR1 production platform should ship next year. 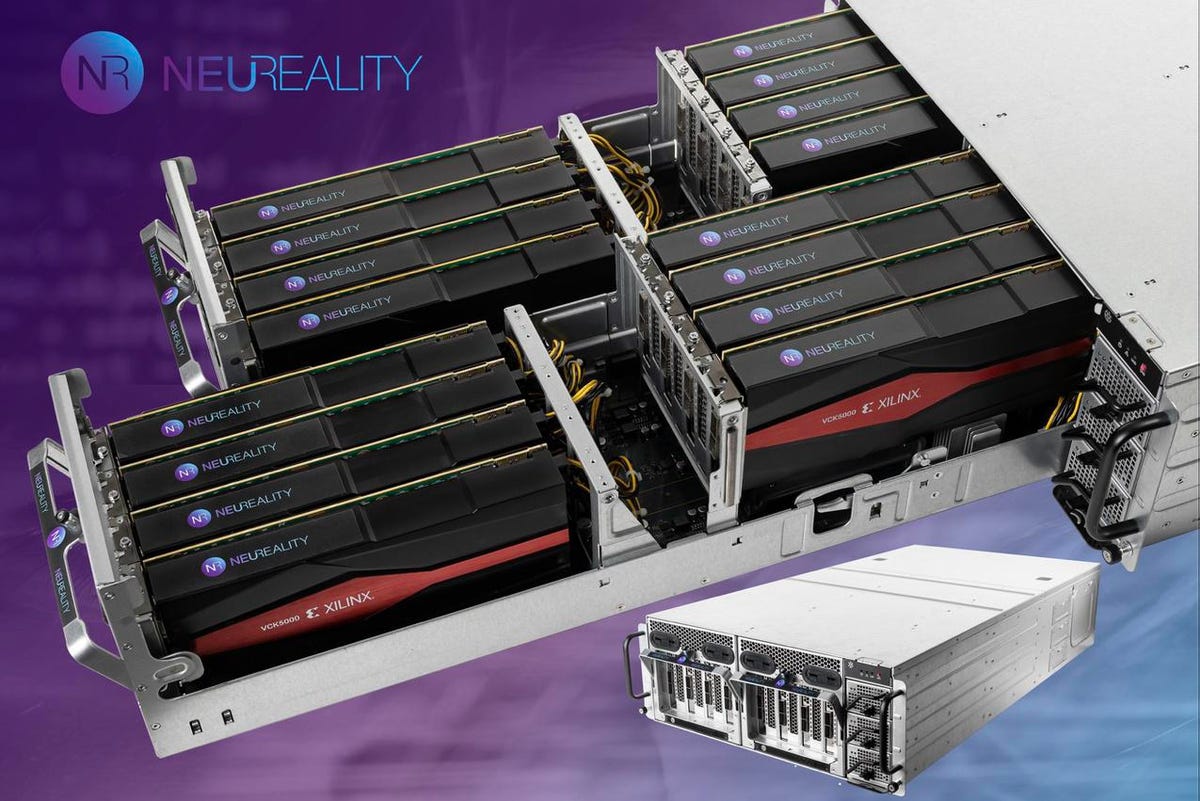 The partnership with IBM marks NeuReality as the first semiconductor product member of the IBM Research AI Hardware Center and licensee of the Center’s low-precision high performance Digital AI Cores. As part of the agreement, IBM becomes a design partner of NeuReality and will work on the product requirements for the NR1 chip, system, and SDK, that will be implemented in the next revision of the architecture. Together the two companies will evaluate NeuReality’s products for use in IBM’s Hybrid Cloud, including AI use cases, system flows, virtualization, networking, security and more. But the real impact of this is symbolic for IBM: a startup has decided that fast AI cores from IBM are a better bet than starting from scratch with proprietary IP. NeuReality can skip that work, and focus on adding value to that IP to provide better ease-of-use, software, and other silicon IP such as networking.

Moshe Tanach, CEO and co-founder of NeuReality, stated: “Being able to develop, test and optimize complex datacenter distributed features, such as Kubernetes, networking, and security before production is the only way to deliver high quality to our customers.”

While most AI semiconductor startups will continue to believe they can build a better mousetrap, NeuReality has opted to focus the company’s engineers on adding value above the AI cores themselves. It is hard to imagine a startup can out-engineer IBM Research on fundamental technology. We suspect many more will follow NeuReality and license IBM IP that is now available to speed time to market and ensure high-performance and low power consumption. As my old boss at Calxeda used to say, “cores are commoditizing”.